Isoceles from Erica of Crafty Blossom

Hourglass quilt from Sarah of Orange You Glad

I sat down this weekend to finally make a pillow cover out of a burlap coffee sack that’s been sitting around the house for several months. I took a few photos of it to help me remember how it originally had been stitched together, then starting cutting it apart to lay it flat. And then I promptly discovered how horrible and lint-y burlap is and abandoned the project. Memorializing the coffee sack here so I don’t feel too guilty about giving up on it.

So pretty! So prone to shedding.

Margot: ever curious, ever in the way

I spent a few hours this weekend planning out my next few quilting projects and wishing I lived closer to a giant fabric warehouse where I could look at every shade of cotton solid next to every other shade instead of fretting about whether “mustard” or “curry” or “sunny” (which, to be honest, all look pretty much the same online) would go better with a particular print.

Then I woke up this morning and stumbled across an old Craftsy blog post on quilting for charity, and remembered that the reason I took up this hobby in the first place is not to make works of impeccable art but to make usable things—things that people can toss over the backs of their couches, curl up with when watching a movie, find their cats tunneled under when they come home from work, and spread over their beds each morning. (If they happen to look nice, too, well—that’s a plus.)

In that spirit, I’ve signed up to make a quilt for Quilts for Kids, a project that works with hospitals and shelters across the country (PDF) to donate handmade quilts to kids who either have life-threatening illnesses or are survivors of abuse. Quilters can sign up for a free kit, which comes with a pattern and all the necessary materials (donated by fabric companies or paid for by other organizations), or can buy their own fabric to use. I’m excited to make something truly usable, and I can’t wait to get started.

Making a cameo in the back: Sew Together Bag 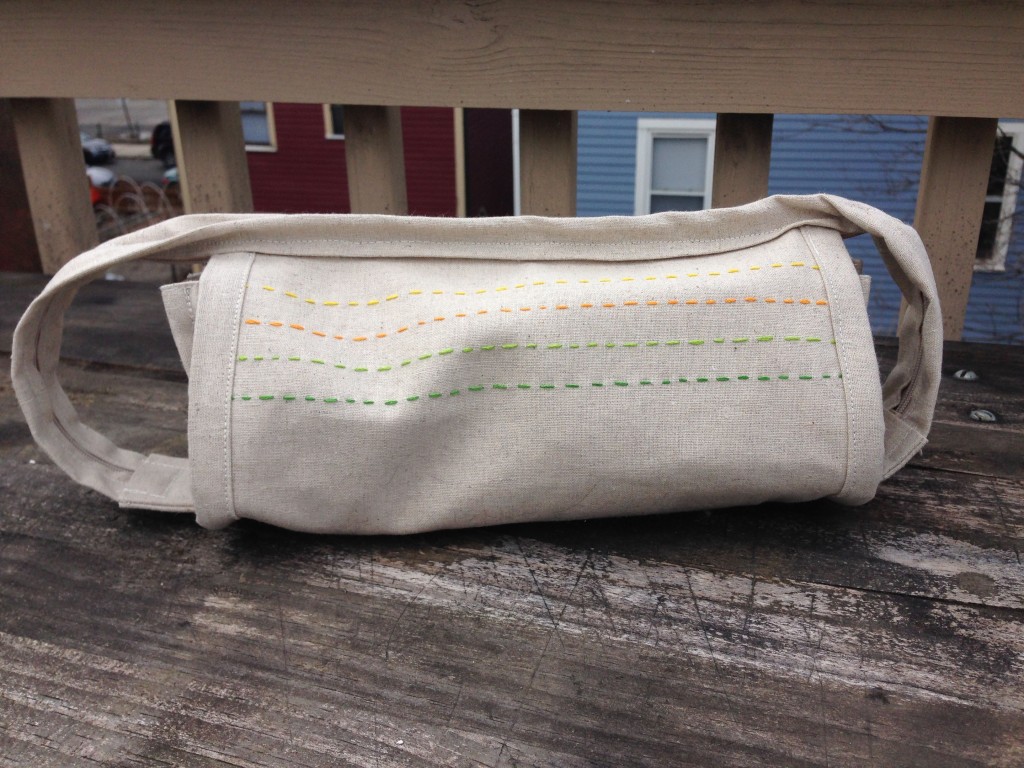 Two potholders in, and I already have more sewing supplies than I can comfortably carry around in my hand. The Sew Together Bag, which I was able to put together in a weekend with relatively little sewing experience and a little bit of bravado, is a pretty amazing solution to this problem. I love that it has a million (well, 7) pockets to separate my bobbins from my sewing machine feet from my pins, that it holds both my scissors and my rotary cutter easily, and that the way it’s designed allowed me to choose a bunch of coordinating colors (and matching zippers!) for one project. 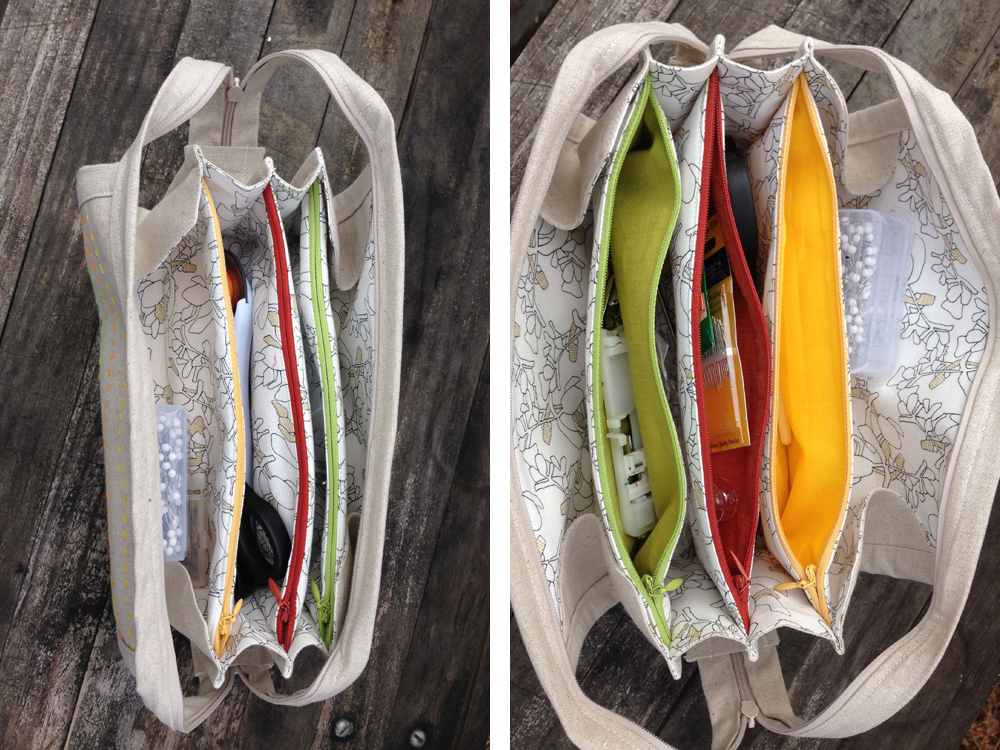 Now: on to the good things! 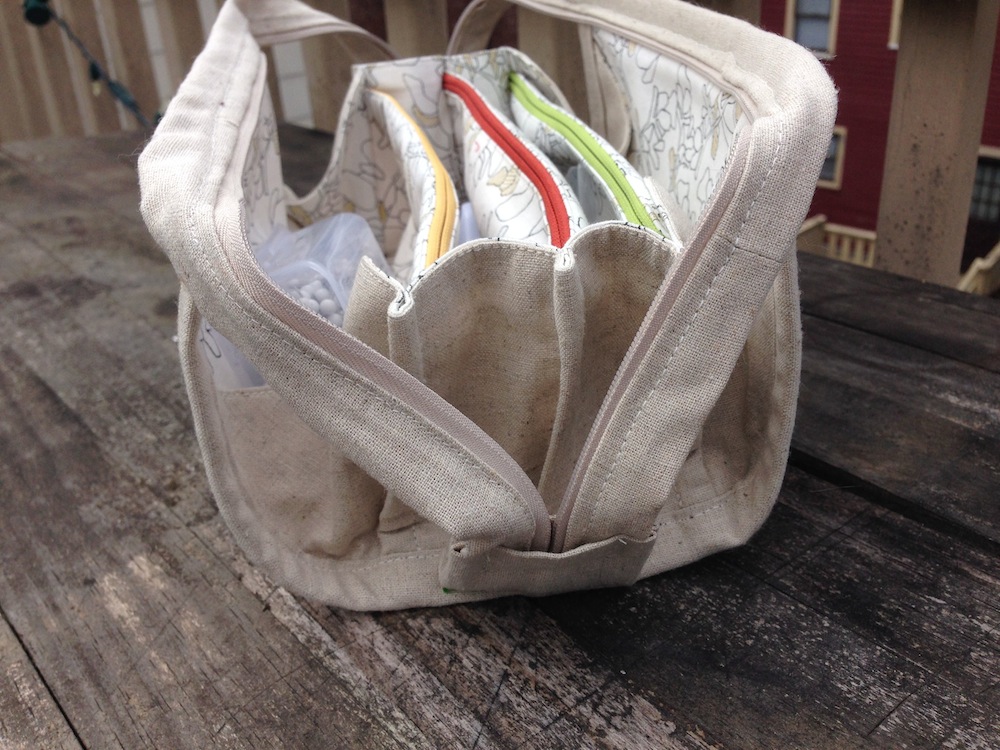 PATTERN: Sew Together Bag by SewDemented (pattern from Craftsy)

NOTIONS:
Zippers from Gather Here
Thread from the Cambridge Quilt Shop, left over from the quilted potholders
Embroidery floss from a giant craft pack I bought to make friendship bracelets with for a costume (I pulled the threads apart and used half of the strand, instead of the full 6 threads)